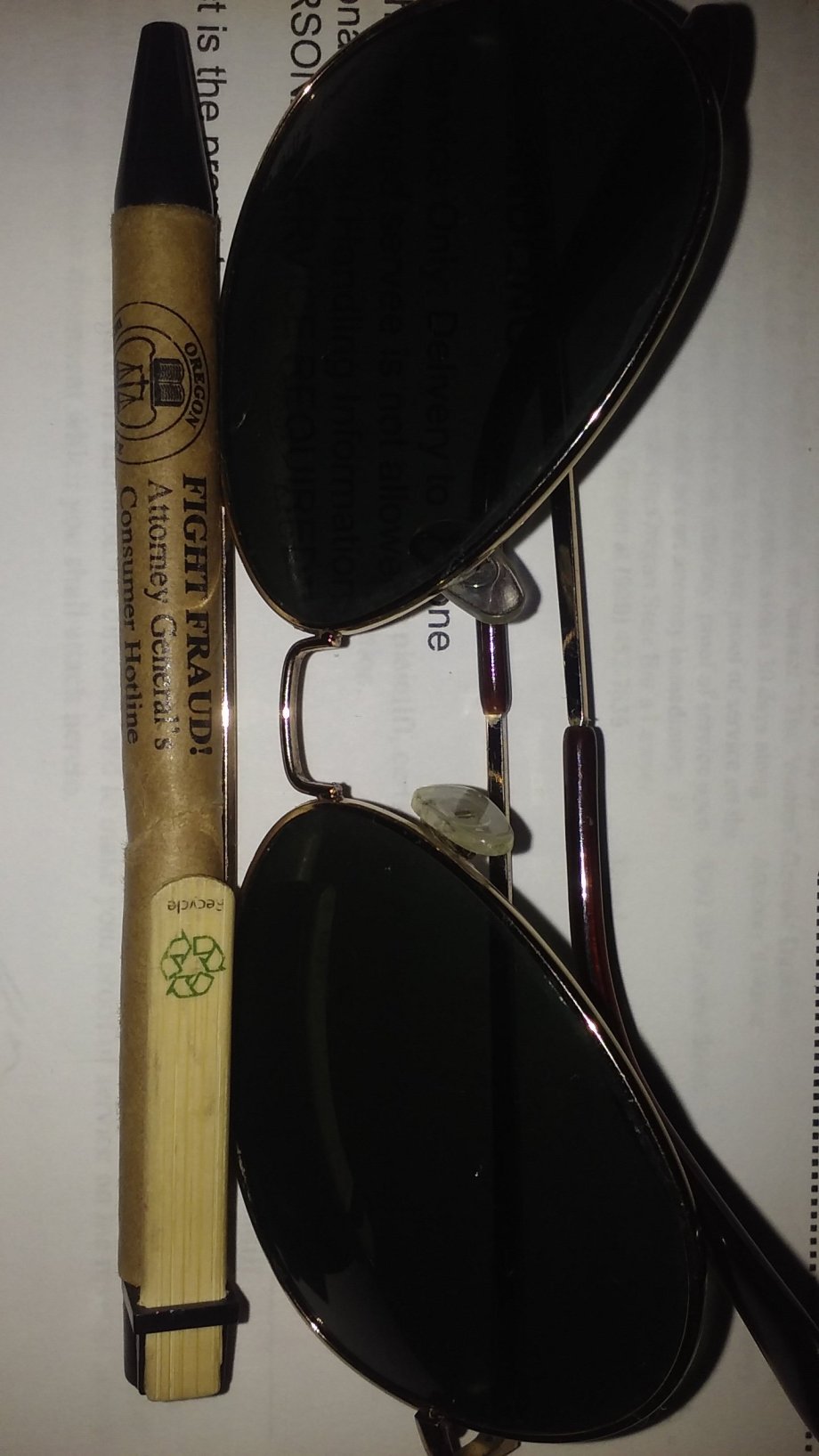 Available for free from the Oregon DOJ office, his pen urges you to fight fraud by calling the Attorney General’s Consumer Hotline. Presumably the plan is to fight fraud with irony because this pen somewhat fraudulent itself. Despite presenting itself as some sort of functional writing tool, the clicky button seizes up irreparably after just a few uses. If you can somehow pry it loose, the flimsy recycled cardboard body of the pen will either melt in the rain or be crushed by even the least enthusiastic of fingers. Unless this pen is meant as a meditation on how shitty something has to be before you just call it garbage, it looks like the people protecting you from the scammers are victims themselves.